The International Society of Weight-control was established on 2 May 2019, ISW for short. ISW, an industry-wide and international academic organization, which consisted of professionals from DF fit, Waseda University and other weight loss related industries. 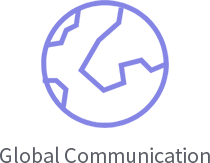 6. Members are entitled the rights to participate in the running of ISW and get publications of ISW.

7. Executives: set up the listed executives for the running of ISW:

i. President: 1 (voted by the council)

iv. Members of the council: several (nominated by the director and passed by the council)

vi. Secretary General: 1 (nominated by the president and passed by the council)

8. Executives will hold their office during the term of 4 years, reappointment accepted. The council would select a suitable candidate if there is a temporary vacancy and the term of office would be the unfinished period of the previous executive.

9. The administrative office will be set up and office executives are listed below:

i. Director 1 （appointed by Secretary General）

10. Conference：ISW have set up General Assembly, permanent council and council.

11. The regular General Assembly is held once a year.

13. Finance: The fund of ISW is paid from membership dues, sponsorship funds, etc.

14. i. Membership fee for official members is 100 dollars per year.

ii. Membership fee for sponsored members is 1,600 dollars per year.

15. The fiscal year of ISW is from January 1st to December 31st

16. Others：The modification of the regulation and detailed rules will be resolved by a majority opinion of the General Assembly.

17. The property will be donated to the non-profit organization if ISW dissolves.